In today’s post, I’m sharing with you a couple of cringe-worthy cautionary tales from my time as a fencing contractor.

We all make mistakes but sometimes oversights can turn into huge headaches. If you’re wondering whether contractors should have an agreement in place with their clients, the answer is a huge YES. Here’s how I found this out the hard way…

The Positioning of the Fence

You’d be amazed how many people run into problems by positioning their fence incorrectly. Why? Well, a fence built on a neighbor’s property can be very costly, and removing a new fence and rebuilding it a few yards over is not a pleasant experience. The fact that the neighbor may feel that you’ve caused damage to their property only adds to the pain.

Many moons ago I witnessed this firsthand. After getting a crew of workers started on a job, I went off to see another client. My phone was on silent while I was in my meeting with the client, so I didn’t notice the flurry of missed calls from my crew leader and the fellow I was building the fence for.

When I left my meeting I decided to swing by the materials depot to get a load of gear to the site I’d left my crew at. When I arrived on site I found my crew sitting by the side of the road looking sunburned and mighty annoyed. It turned out that the chap we were building the fence for wasn’t the owner of the property and the landlord hadn’t given permission for the construction. I had to pay the crew even though zero work had been completed and I couldn’t even load the equipment because my truck was full of materials. Talk about a nightmare day!

Moral of the story? Always find out if the owner is on board with the fencing project. After learning this lesson the hard way I drew up a brief document covering the questions to ask. I also insisted that the property owner pointed out the exact line that the fence should follow. Always ask the question: “Are you the owner, if not, do you have the landlord’s permission?”

Always Have an Agreement in Place 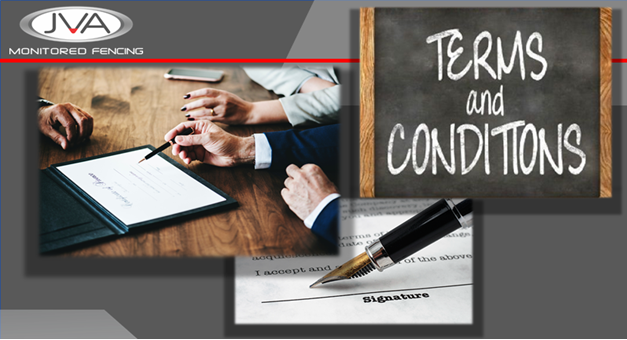 On another occasion, I started building a fence between two feuding neighbors. My client, let’s call him Jack, had told me to replace a rotten picket fence with a 5-line smooth wire fence. In passing, he mumbled something to the effect that the neighbor, Stan, would pay the labor portion of the fence.

With all hands on deck, we soon had the old fence out. As I was offloading the material, the neighbor came over and stated that the fence should be galvanized chain link fencing, not “that other cheap stuff”. Well, the workday wasn’t over so I got the crew to plant the strain and line poles while I waited for my client to get home. Now, this is where the storm clouds started to roll in. Jack went ape when I told him what Stan had said, and advised that if he wanted a chain-link fence then he would have to pay.

I emailed Jack the next morning to let him know that we would continue our work once we’d met to sort things out. I got a very curt reply two days later asking what I didn’t understand about a “5-line smooth wire fence”. He went on to state that “our original agreement was that it would be completed by the weekend”. Ok, now the sweat was raining down my back. I wanted to tell Jack that I had not specified which weekend but thought better of it! With extra hands on deck, we got the fence in by 6:30 pm on the Friday. By the time we were packed up and ready to go home. Jack was gone, had not paid me, and was not answering his phone. The weekend was spent with all types of thoughts flying around in my head.

Monday morning, I was at Jack’s gate at the crack of dawn. He was annoyed to see me there and asked me whether Stan was happy with the fence. I was gob-smacked! Stan?   I was told I had to find out whether the neighbor was happy with the 5-line smooth wire fence rather than the galvanized chain link fence that he wanted. Oh boy.

Just then, Stan came out and saw me at the gate. “Sir”, I called with a flash of inspiration and a cunning plan instantly hatched. Stan slowly took the newspaper from the mailbox and strolled over with a, “Oh, you’re the fellow that was busy with the fence that should have been finished last Friday!” My heart sank. Stan asked what I wanted. “Was he happy with the fence so far”, I said? But Stan brushed me off and walked away while saying that he wanted to know when the fence would be completed. Needless to say, the situation did not end well for me. It took a trip to an attorney to sort the mess out and I lost the most.

Do Fencing Installers Need to Have an Agreement in Place?

The moral of the stories that I’m telling you today is that installers should always have a written agreement in place that states the what, the who, the where, and the when. As the installer, you know the how. The agreement should first be reviewed by an attorney or should be an industry-approved standard contract that covers law and ownership.

Another thing I learned early on is to be clear on the purpose of the fence that’s being constructed. Building an aesthetically pleasing fence might be tempting for a client, but is it actually going to serve its purpose? Generally, fences fall into one of four categories: aesthetic, animal barrier, security barrier, or demarcation fence. While drawing up the plans for a fencing project, consider types of electric fencing and ensure that the right one is being selected for the right reasons.

Bear in mind long-term requirements, too. Will the need change later down the line? Thinking about this at the beginning of the process can save loads of time and money later on.

Got a question or want to share a story of your own? Get in touch, you’ll always get through directly to me, Billy.